I was sitting in a room full of tables at a hotel in Seattle. At each table were seated seven or eight teens, one or two adults, and me. There were approximately fifteen tables total. I was to spend five minutes at each table pitching my newest book to the teens in the hopes that they would like it. I’m not sure who the adults were. A teacher? Someone’s parent? A random chaperone? Regardless, I wasn’t particularly concerned with them.  The teens were my audience.

I spent the first three minutes talking about the book I had coming out in a month, The Past and Other Things That Should Stay Buried. The teens laughed and smiled, which was a relief seeing as the teens at the last table had done little more than stare at me with bored eyes like I was their geography teacher or something. I’m a fast talker, so with two minutes left, I decided to tell them about Brave Face, the memoir I’d written that was scheduled to come out in a few months.

The teens had seemed into it even though it wasn’t fiction and was more serious than my other books.  However, the adult at the table turned to me with something like disdain and said, “What made you think you should write a memoir?”

Usually when I heard that question, it was only in my head. The internal voice that also said things like, “No one’s going to want to read this” or “I’ve read better stories scrawled on the bathroom wall at Denny’s” or “You’re a hack, a fraud, an imposter. Give up before everyone finds out.”  But this adult sitting at a table of teens had said it. Out loud where everyone else could hear her, and I had no idea what to say.

So I said nothing.

The five minutes ended and I moved to another table. I didn’t mention Brave Face for the rest of the day.

I hadn’t just dared to write a story, I’d written my story, and who the hell am I?

I wanted to find my editor and tell her to cancel the book.  Since bringing her the idea for the memoir, I’d thought, nearly every day, about canceling it.  I’d thought about it before we signed the contract, while I was writing it, when I turned in the first draft, during the copyedits, and even after advanced copies had gone out to readers for reviews and blurbs.  For over a year, I was one bad day away from giving back my advance and canceling Brave Face.

Because what made me think I should write a memoir?

In 2018, I was at NoVA Teen Book Festival for the second time. It was the first festival I’d ever gone to as an author, and I was honored they’d invited me back. At the end of the day, I was at my table signing books and I noticed a woman haunting the back of my line. The first year I’d gone I spent most of my time talking to the other authors, but this time I had an actual line, though I assumed most of them had probably mistaken me for someone else.

As the line got smaller, the woman approached me with a copy of We Are the Ants and explained that her son was a fan and that the book had changed his life but that he was too shy to come ask me for an autograph.  Would I mind signing?

Obviously I didn’t mind.  As I was signing, the young man’s mom told me about her son, how he’d struggled and how my books had helped him feel less alone.  She started crying, I definitely started crying. And before she left, she thanked me. Not for the autograph, but for giving her son hope.

Over the last nine years, I’ve had a few moments like that, and I always walk away from them feeling like I’ve been given a gift and wondering if they’ve mistaken me for John Green or Adam Silvera.  I carry that feeling with me the way readers carry their favorite books. But the truth is that I will never stop wondering whether I should’ve written Brave Face. I will never stop feeling like an imposter.

It’s not my opinion that matters though.  It’s not the adult at that table who asked me what made me think I should write a memoir.  It’s not the mom who waited to get an autograph for her son.  The only opinion that matters is that young man’s. The young woman I met who told me she’d never read a book where two girls kissed. The kid who didn’t know they were gender fluid until they saw themselves in a character I’d written.  Every teen who has ever felt alone or invisible or worthless. Because I don’t write for the parents of teens, for their teachers or librarians or any other adult who just loves YA. I write for the teens. And so long as something I’ve written reaches just one, I’ll keep writing no matter what any voice says.

Shaun David Hutchinson is the author of numerous books for young adults, including The Past and Other Things That Should Stay Buried, The Apocalypse of Elena Mendoza, At the Edge of the Universe, and We Are the Ants. He also edited the anthologies Violent Ends and Feral Youth and wrote the memoir Brave Face, which chronicles his struggles with depression and coming out during his teenage years. He lives in Seattle, where he enjoys drinking coffee, yelling at the TV, and eating cake. Visit him online or on Twitter. 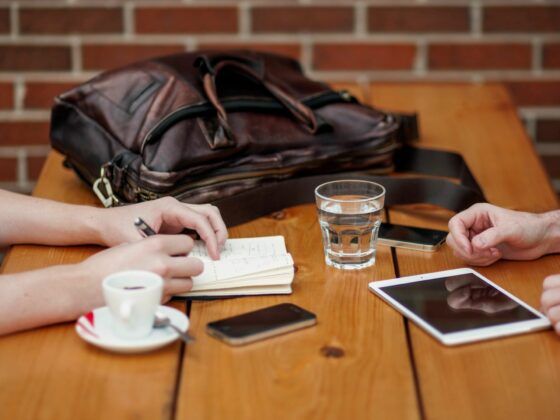 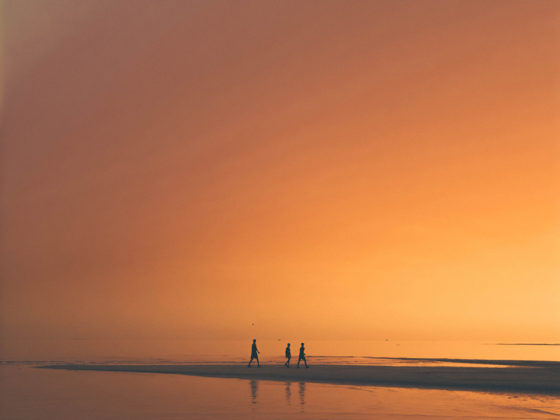 Stories of the In-Between by Ann Dávila Cardinal