Here’s a thing you might not guess about me. I’m shy. Like, bordering on pathological. Especially when it comes to my writing.

It started out when I was in high school. I mean, I was shy before then, and awkward, too, I just didn’t have as much to be shy about, other than the normal things like training bras. But in high school I started writing poetry—scrawling little half-rhymes in notebooks that were mostly (okay, entirely) terrible, and tragic, and all of it based on crushes that were as doomed as my work’s potential to be published.

Around this time, a teacher asked me if I wanted to join the lit mag. I said yes, mostly because I felt too shy and awkward saying no. The lit mag set up a mailbox to receive submissions for our first publication. Of course, I desperately wanted to have my own writing included in the edition, but I was too shy to share it… So I typed up three of my poems on the desktop computer in our basement guest room, printed them out on the printer that was louder than a lawnmower, and the next day—when the hallway was clear—slipped them into the box anonymously.

Then we had our first meeting, in a classroom with desks set up in a giant circle—where, I realized, the other members of the magazine intended to go through the entire submission box poem by poem, analyzing their merit aloud and deciding whether or not to publish them. When we got to my poems—no one knowing, of course, that they were mine—I had to sit there in pure anguish, willing my chair to detach from its desk and catapult me somewhere far away, as everyone else dissected my words, even laughing at some of the lines that I had thought were super deep, before deciding that, out of pity, they would maybe publish one of them.

Needless to say, that was my last lit mag meeting. In fact, my shyness was so great it led me to try out for the school play, just so I would have a reason to be too busy to be a part of the lit mag.

That’s the thing about shyness: you’re so afraid of that tremulous, vulnerable feeling of exposure, that you end up going to great lengths to avoid it… sometimes to such great lengths that you wind up discovering skills and opportunities you never otherwise would have.

My love of writing remained, but it only began to flourish toward the end of college. After I graduated, I got a job in publishing, as an editorial assistant at HarperCollins. I took writing class after writing class in my spare time, wrote in crowded cafes during my lunch breaks and long subway rides home, attended every reading in New York that I could, and yet. I still kept all my written work to myself.

Eventually, I moved up the editorial chain at Harper, and then got a job offer at Penguin. I was scared, naturally—and shy as hell, still. I was going to be starting out as a full editor there, which meant I really had to prove myself. I panicked and tried to hoard whatever books and other office supplies from HarperCollins that I could get. A girl named Laura was the assistant in my new group, and I’d never met her before, but I sent something like seven giant boxes of mostly stolen goods—to her name—so that it would all be waiting for me in my new office with the view. When I arrived to said office and new job, there was no quiet little mousy assistant named Laura waiting for me with all my boxes. Instead there was just this imposingly tall, thin, gorgeous woman wearing stiletto boots and talking like a philosophy professor on speed. That was Laura. And she hated my office-with-a-view seven-boxes-packing guts. It was a rough start for the two of us. I would ask her innocuous questions such as “do you know where the contract is for this title?” and she’d just glare at me and jut her chin toward the filing cabinets like good luck. She was brilliant, and too big for this little job of assistant—and didn’t mind everyone knowing it.

But eventually, we became friends. We bonded over too-short shorts and too-long hours and our mutual passion not just for rehabilitating flat-lined stories but for building new stories. I knew she was a writer but I hadn’t read anything of hers until she sent me a few chapters of this little project she was working on about a girl who had to relive her death seven times. A girl who was kind of known for being a bitch but really, when you got to know her better, wasn’t a bitch at all, she was just striving to be seen, to find something that mattered to her. I gave her a few suggestions. “She’d be more likeable if she’s more vulnerable up front. Maybe it all happens on the day she’d been planning to lose her virginity?” I said.

She sold the book in a few months and formed a pen name: Lauren Oliver. The book was Before I Fall—an instant international bestseller.

Needless to say, she quit being an assistant on the spot.

But after a while, I missed her, and she missed publishing, and I started feeling that itch again. The writer in me wanted to do more, had more to say, felt stifled. I loved editing—it soothes the puzzle-solving piece of my brain—but I needed to spread my wings creatively.

A thing you should know about Laura, aka Lauren: she’s not shy. And she’s not afraid of anything.

“How about we just start our own thing?” she suggested one day over sushi in her new neighborhood in Brooklyn. She’d used the proceeds from her book deal to buy an apartment in Windsor Terrace. I was still living with two roommates in a cockroach infested charmer on the Upper West Side, so Brooklyn was a commute. Worth it, however, because that conversation changed my life.

“Yeah why the hell not?” she asked.

So, okay, we decided to do it. We hired an intern. We paid her primarily in wine and homemade hummus. The goal at first was to come up with some story ideas we thought would sell. Forge connections. Sign contracts. Do business-y stuff. It was all a little vague but we just took it idea by idea.

We launched our company, then called Paper Lantern Lit, in 2010. I borrowed one of Laura’s little black dresses for our launch party—dinner for 23 people at a little Italian place in the West Village with a private room upstairs that served family-style. We gave away matchbooks and sparklers that said, “Paper Lantern Lit: stories with spark.” A few of our first writer-collaborators were there—Lauren Morrill, a gap-toothed roller derby champion; Matthew Castleman, a Shakespearean actor with a special skill in stage combat. My first boss from Harper was there. I felt like a grown-up.

Newsflash: I wasn’t. Not really. We had a lot figured out, but way more ahead of us than we realized. We had to go through a few different looks. We ditched the website my college friend had designed for us for free, then a year later we ditched the site our resident tech geek intern built overnight—eventually we even ditched the fancy and elaborate site our favorite graphic designer put together for us. Like snakes, we shed our skin several times. We rebranded and changed our name completely. Along the way, we honed our goals but we kept our values: to build a team that strives to come up with compelling and rich ideas for books, then television and film as well. To cultivate new voices, and elevate existing ones. To be a bridge between the things writers have: raw talent, ambition, the desire to break into this increasingly crowded, noisy and competitive world of publishing—and the things we had, after years in the business: ideas, knowledge of narrative structure, connections within said world of publishing.

Basically, our approach was modeled on the idea that no great creative work emerges in isolation. Collaboration is what allows creativity to flourish. I had seen that to be true firsthand. You don’t have to do it alone. We didn’t want to, and we knew others didn’t either.

It wasn’t until several years later that I realized it was my turn. The novel living inside me, untold, was pressing to get out. The shyness was as bad as ever, but the need for the words to come out finally outweighed it. I wrote a book. I became an author.

I still have the business as well. I do both now. I guess you could say that if I hadn’t been so shy about my own writing, who knows if I ever would have become a successful business owner. And truly, it was the support of my own team that made me brave enough to start writing my own books—just a cool ten years after my first day on the job as an editorial assistant.

Now, I own Glasstown Entertainment and I have published one book of poems and three novels. And yet, each time a book comes out, I feel sick to my stomach, I feel judged and scared and mortified, just like I did that day in the Lit Mag meeting.

The difference is, I know now that I’m not alone.

Lexa Hillyer is the Founder and President of Publishing at Glasstown Entertainment, a creative development and production company located in New York and Los Angeles. She is also the author of Spindle Fire, Winter Glass, and Proof of Forever, all young adult novels published by HarperCollins, as well as the poetry collection Acquainted with the Cold from Bona Fide Books. She lives in Brooklyn with her husband and daughter and their very skinny orange tree. You can view more of Lexa’s work on her website and say “Hi!” on Instagram and Twitter. 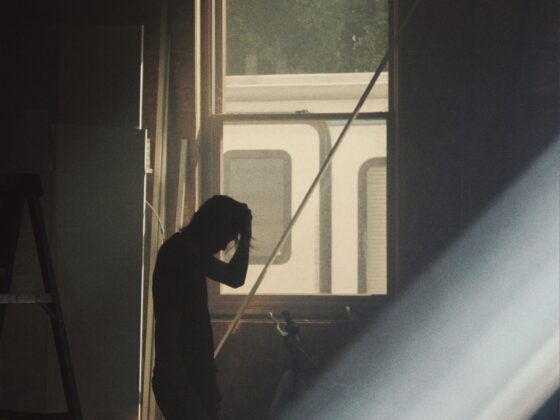 The Querying Mistake We’re All Making by Sara Holland