Are you struggling with the timeline of the publishing process? Are you curious about staying organized as a writer? How do you keep track of each character’s storyline and remain consistent? Get ready for this motivating conversation featuring today’s special guest Aisha Saeed.

Aisha is a New York Times bestselling author. She wrote WRITTEN IN THE STARS which was listed as a best book of 2015 by Bank Street Books and a 2016 YALSA Quick Pick For Reluctant Readers. She is also the author of the middle-grade novel AMAL UNBOUND a Summer 2018 Indie Next Pick, An Amazon Best Book of the Month, has received starred reviews from Publisher’s Weekly and Kirkus and is a Global Read Aloud for 2018.

Aisha’s experiences are hands-down motivating, from finding which literary agents to contact through a local bookshop, to switching her mindset to approach literary agents confidently, to finally hearing a “yes” after the 30th submission for publication, and so much more.

“Be patient with yourself, be gentle with the process. Let the process take as long as it needs to.”

“If you feel a lack of confidence, that’s just part of this. You don’t learn to overcome it, you just learn how to live with it and you learn to understand that it’s normal. And you just keep going.”

“Saeed’s timely and stirring middle-grade debut is a celebration of resistance and justice.”–Kirkus Reviews, starred review

The compelling story of a girl’s fight to regain her life and dreams after being forced into indentured servitude.

Life is quiet and ordinary in Amal’s Pakistani village, but she had no complaints, and besides, she’s busy pursuing her dream of becoming a teacher one day. Her dreams are temporarily dashed when–as the eldest daughter–she must stay home from school to take care of her siblings. Amal is upset, but she doesn’t lose hope and finds ways to continue learning. Then the unimaginable happens–after an accidental run-in with the son of her village’s corrupt landlord, Amal must work as his family’s servant to pay off her own family’s debt.

Life at the opulent Khan estate is full of heartbreak and struggle for Amal–especially when she inadvertently makes an enemy of a girl named Nabila. Most troubling, though, is Amal’s growing awareness of the Khans’ nefarious dealings. When it becomes clear just how far they will go to protect their interests, Amal realizes she will have to find a way to work with others if they are ever to exact change in a cruel status quo, and if Amal is ever to achieve her dreams.

Aisha Saeed is a New York Times bestselling author. She wrote WRITTEN IN THE STARS (Penguin/Nancy Paulsen Books, 2015) which was listed as a best book of 2015 by Bank Street Books and a 2016 YALSA Quick Pick For Reluctant Readers. She is also the author of the middle grade novel AMAL UNBOUND (Penguin/Nancy Paulsen Books, 2018) a Summer 2018 Indie Next Pick, An Amazon Best Book of the Month, has received starred reviews from Publisher’s Weekly and Kirkus and is a Global Read Aloud for 2018. She also has a forthcoming picture book BILAL COOKS DAAL (Simon & Schuster/Salaam Reads, 2019). Aisha is also a founding member of the nonprofit We Need Diverse Books™. She has been featured on MTV, the Huffington Post, NBC, and the BBC, and her writings have appeared in publications including the journal ALAN and the Orlando Sentinel.

Aisha is represented by Taylor Martindale at Full Circle Literary Agency and lives in Atlanta, Georgia with her husband and three sons. 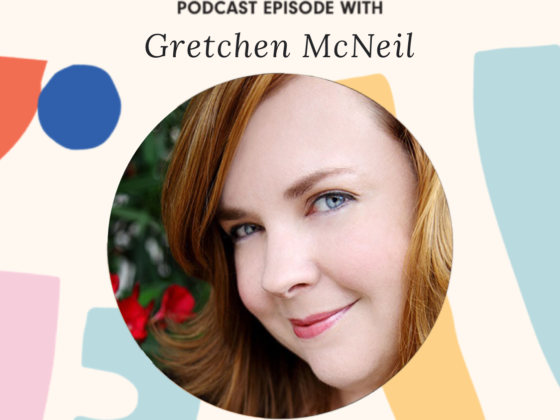 GRETCHEN MCNEIL: On Being A Storyteller 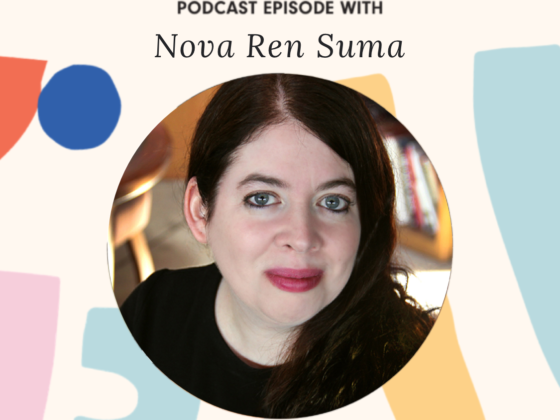 Nova Ren Suma on Writing Through the Darkness