We have co-authors Amie Kaufman and Meagan Spooner on our show!

Meagan is the author of Hunted and the Skylark trilogy, and Amie is the co-author of The Illuminae Files. Amie and Meagan are longtime friends and they’ve traveled quite a lot together and have even lived with each other. They’re the epitome of friendship goals.

In today’s episode, we discuss how traveling has directly impacted their writings both individually and together as they co-authored their newest book Unearthed. In our conversation, we dive into all the details of “Unearthed”, how the idea came to fruition from their travels, and what it was like writing the book together. “Unearthed” is the first in a duology and the film rights have been optioned by the production company “Cross Creek Pictures”, the same company that produced “Black Swan”, and has Doug Liman from “The Bourne Identity” attached to direct.

For our listeners who are especially interested in co-authoring, you’ll want to pay special attention to Meagan and Amie when they walk us through why mutual respect is the key foundation to their successful and healthy partnership as co-authors, how they stay aligned with their book’s main goal by assigning primary responsibilities, and how to productively and efficiently work through disagreements as co-authors. They also share really helpful advice on finding writing partners for yourself and what to look out for.

We also talk about how Meagan landed a literary agent and how Amie became represented by the same literary agency. We deep dive into some real talk about finding your fit when it comes to literary representation, and what to be aware of when you’re figuring out which literary agent to work with.

In case you missed our announcement last week, we added Instagram story takeovers for many of our upcoming episodes! Be sure to follow us on Instagram to catch Amie and Meagan’s story takeover where you’ll get a fun behind-the-scenes glimpse at their writing life.

“You want to make sure that you have somebody with you who’s there for the whole journey, who wants to see you succeed, rather than just sell one book.”

“You have to be prepared to stand by your work the whole way through.”

“Traveling, for me, is the one surefire way to get over writer’s block.”

Bold, thrilling, and treacherous, UNEARTHED, by New York Times bestselling authors Amie Kaufman and Meagan Spooner, is an action-packed, epic, high-octane adventure with a swoon-worthy romance. As lies and flaws are exposed, readers will be captivated by the tough, whip-smart, and courageous characters as they fight for their own—and humanity’s—very survival.

When Earth intercepts a message from an extinct alien race, it appears that the Undying’s advanced technology has the potential to save the ruined planet. The aliens’ message leads to the planet Gaia. For Jules Addison, the discovery of an ancient culture offers unprecedented opportunity for study, as long as scavengers like Amelia Radcliffe don’t loot everything first. Despite their opposing reasons for smuggling themselves onto the alien planet, they’re both desperate to uncover the riches hidden in the Undying temples.

Beset by scavenger gangs, Jules and Mia form a fragile alliance… but both are keeping secrets that make trust nearly impossible. As they race to decode the ancient messages, Jules and Mia must navigate the traps and trials within the Undying temples while staying one step ahead of the scavvers. They came to Gaia to unravel the ancient beings’ mysteries. But the more they learn about the Undying, the more Jules and Mia start to feel like their presence in the temple is part of a grand design—one that could spell the end of the human race.

AMIE KAUFMAN and MEAGAN SPOONER are longtime friends and sometime flatmates who have traveled the world (but not yet the galaxy), covering every continent between them. They are sure outer space is only a matter of time. Meagan, who is also the author of Hunted and the Skylark trilogy, currently lives in Asheville, North Carolina. Amie, who is the co-author of The Illuminae Files, lives in Melbourne, Australia. Although they currently live apart, they are united by their love of space opera, road trips, and second breakfasts. You can find them online at amiekaufman.com and , and on Twitter at @AmieKaufman and @MeaganSpooner.

The Starbound Trilogy by Amie Kaufman and Meagan Spooner

Say ‘Hi!’ to Amie and Meagan 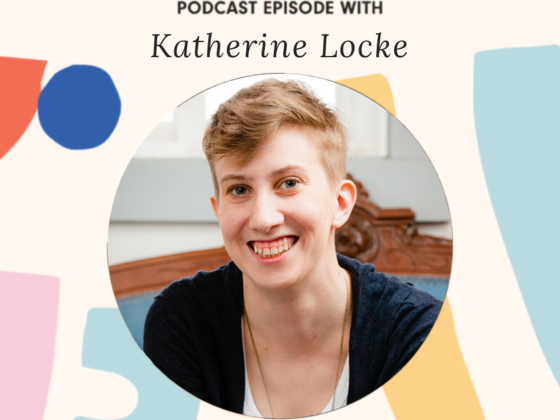