[Drum roll, please] I am beyond honored to share today’s guest with you: The one and only, the fearless phenomenon, Jacqueline Woodson.

Jacqueline is the shining example of a changemaker. I deeply admire her for courageously writing about the realities of the world we live in. She’s written 30 books for young adults, and in each story, she writes truthfully about society and relationships. Never one to sugarcoat, Jacqueline is also a master in connecting with her young audience by approaching them with empathy and respect through her writings.

Her endless list of achievements and awards is unbelievable.  Just a little teaser of the kinds of accolades we’re talking about, Jacqueline was named the Young People’s Poet Laureate, a National Book Award Winner, and she was honored the Margaret A. Edwards Award for lifetime achievement for her contributions to young adult literature.  She won four Newbery Honor Awards, two Coretta Scott King Awards, a Caldecott Medal, and the NAACP Image Award.

You have no idea how antsy and excited I’ve been to finally share our chat with you!

“I don’t let myself be silenced.”
-Jacqueline Woodson

Running into a long-ago friend sets memory from the 1970s in motion for August, transporting her to a time and a place where friendship was everything—until it wasn’t. For August and her girls, sharing confidences as they ambled through neighborhood streets, Brooklyn was a place where they believed that they were beautiful, talented, brilliant—a part of a future that belonged to them.

But beneath the hopeful veneer, there was another Brooklyn, a dangerous place where grown men reached for innocent girls in dark hallways, where ghosts haunted the night, where mothers disappeared. A world where madness was just a sunset away and fathers found hope in religion.

Like Louise Meriwether’s Daddy Was a Number Runner and Dorothy Allison’s Bastard Out of Carolina, Jacqueline Woodson’s Another Brooklyn heartbreakingly illuminates the formative time when childhood gives way to adulthood—the promise and peril of growing up—and exquisitely renders a powerful, indelible, and fleeting friendship that united four young lives.

Jacqueline Woodson is the new Young People’s Poet Laureate and the 2014 National Book Award Winner for her memoir BROWN GIRL DREAMING. The book also received a Newbery Honor, The NAACP Image Award, a Sibert Honor for nonfiction and was short-listed for the LA Times Book Prize. The author of thirty books for young adults, middle graders and children, among many awards, she is also a four-time Newbery Honor winner, a three-time National Book Award finalist, and two-time Coretta Scott King Award winner. Her books include THE OTHER SIDE, EACH KINDNESS, BENEATH THE METH MOON, the Caldecott Honor Book COMING ON HOME SOON, FEATHERS and MIRACLE’S BOYS, which received the LA Times Book Prize and was adapted into a miniseries directed by Spike Lee. Jacqueline is also the recipient of the Margaret A. Edwards Award for lifetime achievement for her contributions to young adult literature, the winner of the Jane Addams Children’s Book Award, and was the 2013 United States nominee for the Hans Christian Andersen Award. She lives with her family in Brooklyn, New York.

A Tree Grows in Brooklyn by Betty Smith

The Bluest Eye by Toni Morrison

Bird by Bird: Some Instructions on Writing and Life by Anne Lamott

On Becoming a Novelist by John Gardner

Between the World and Me by Ta-Nehisi Coates

The House on Mango Street by Sandra Cisneros 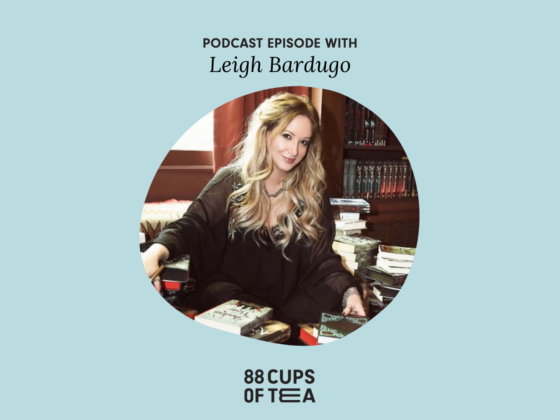