We have Sandhya Menon with us this week! A refreshing new voice in young adult fiction, her debut, When Dimple Met Rishi, is a charming romantic comedy that celebrates first love, and at the core, explores one’s own independence and voice in the world.

As you’ll learn in our conversation, Sandhya moved from India when she was 15 years old and she shares how she adapted to her new surroundings in America, and how she was able to draw from those experiences for her book. Sandhya shares in detail how the idea of When Dimple Met Rishi was originally pitched to her by her editor.

Sandhya walks us through how indie publishing brought the world of traditional publishing to her, and how her agent discovered her.  You’ll also learn how Youtube and Pinterest played critical roles in Sandhya’s research for the setting of her book. We also discuss arranged marriages and what it was like for us to date when we were growing up.

This is a really fun episode and I’m so excited for you to hear it.

“OWN voice is people. We’re not a monolith. There are so many different experiences.”

“It was a conscious and constant dialogue that I had to have with myself and just say ‘Hey, just do your best and let it go’.”

“We contain multitudes just like the people who have been getting those stories. It’s okay for us to not have ‘the issue’ book.”

Dimple Shah has it all figured out. With graduation behind her, she’s more than ready for a break from her family, from Mamma’s inexplicable obsession with her finding the “Ideal Indian Husband.” Ugh. Dimple knows they must respect her principles on some level, though. If they truly believed she needed a husband right now, they wouldn’t have paid for her to attend a summer program for aspiring web developers…right?

Rishi Patel is a hopeless romantic. So when his parents tell him that his future wife will be attending the same summer program as him—wherein he’ll have to woo her—he’s totally on board. Because as silly as it sounds to most people in his life, Rishi wants to be arranged, believes in the power of tradition, stability, and being a part of something much bigger than himself.

The Shahs and Patels didn’t mean to start turning the wheels on this “suggested arrangement” so early in their children’s lives, but when they noticed them both gravitate toward the same summer program, they figured, Why not?

Dimple and Rishi may think they have each other figured out. But when opposites clash, love works hard to prove itself in the most unexpected ways.

Sandhya Menon was born and raised in India on a steady diet of Bollywood movies and street food. She blames this upbringing for her obsession with happily-ever-afters, bad dance moves, and pani puri. Now she lives in Colorado Springs, Colorado, where she’s on a mission to have her husband and children watch all 3,220 Bollywood movies she claims as her favorite. 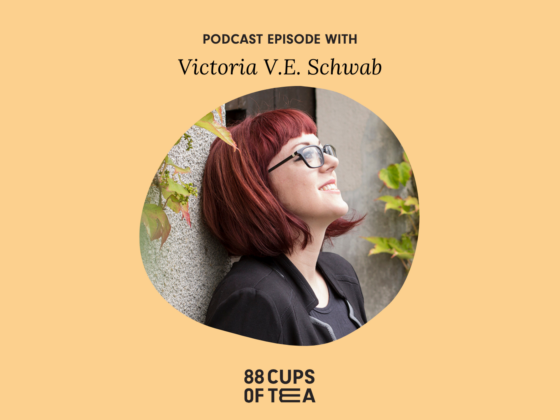 Victoria ‘V.E.’ Schwab on Cultivating Stubborn Hope & Earning Your Way Into The Tribe