This is my introduction episode where I talk a little bit about me and how 88 Cups of Tea came to be. It’s a personal reflection over the last few years and what’s led me to where I am today. This episode was recorded in an unscripted free-form style:  Just me, you, and the mic.

Fun Fact: The original recording for this episode was over an hour long. A huge heartfelt thanks to my music producer, Micky Shiloah, for whittling this guy down to 17 minutes and 29 seconds. (Can’t wait for you guys to check out my intro and outro music he created for the interview episodes– always gets my head bopping along!)

What You’ll Learn in this Episode:

What to Expect from 88 Cups of Tea:

Brand new episodes of interviews with inspiring and successful guests will be published every Thursday. We’ve got a really amazing line-up of international bestselling novelists, award-winning filmmakers, and writers and directors of popular TV shows like 30 ROCK, LAW & ORDER: SVU, GOSSIP GIRL, and many more.

88 Cups of Tea is Perfect for Listeners Who:

It means so much to me to be able to share my interviews with you. Ratings and reviews on our podcast’s iTunes page helps a LOT in helping us spread the word about the podcast. The more ratings and reviews we receive, the more you’re helping with the ranking of our show. That means there’s a higher chance for new listeners to stumble across 88 Cups of Tea! Please leave an honest feedback as I read every single one and want to know how I can make improvements and continue delivering awesome content. Click here to leave a review for 88 Cups of Tea.

Thank you so much in advance for helping us grow our community!

Want to learn more about me? Check out my official bio below:

Yin Chang is the founder and creative director of 88 Cups of Tea, an online platform and iTunes ‘What’s Hot’ podcast for writers who look for guidance and inspiration in their writing journey. With over half a million downloads, the podcast ranked top 15 in iTunes’ Literature & Arts category and was featured in iTunes’ top 20 podcasts showcasing Asian and Pacific American voices.

As a short film producer and director, she created a bullying prevention film, “Strain”, that garnered 13MM+ views. Yin partnered with the nation’s top leading bullying prevention organization to pair the film with a classroom toolkit to encourage engaging and thoughtful conversations among students throughout schools nationwide. Senator Jack Martins in New York said, “This is the most powerful film I have seen on this important topic.” District Attorney Kathleen Rice said, “Strain is of the highest quality and received rave reviews from the audience including my Chiefs who attended [the Long Island Youth Safety Coalition’s Smart Decisions Conference].”

As an actor, Yin made her feature film debut in Walt Disney’s theatrically released PROM and starred in Lifetime’s original movie inspired by a true story, THE BLING RING. She is most recognized for her appearance in three seasons of CW’s GOSSIP GIRL, a TV show hailed by New York Magazine as, “The greatest teen drama of all time.” Prior to that, she made numerous appearances on TV shows including NBC’s Law & Order: Special Victims Unit, Law & Order: Criminal Intent, Love Bites, and more. Learn more about Yin’s work as an actor here!

She has been featured in several publications such as Variety and a spread in Seventeen. She was selected by NYLON Magazine as one of the 45 Young Hollywood stars of the next generation. Hudson Jeans noted Yin as one of the 14 rising young stars of the “Young Hollywood Generation”. Yin has also been featured on popular media outlets with the likes of E! News and AOL’s Cambio News. 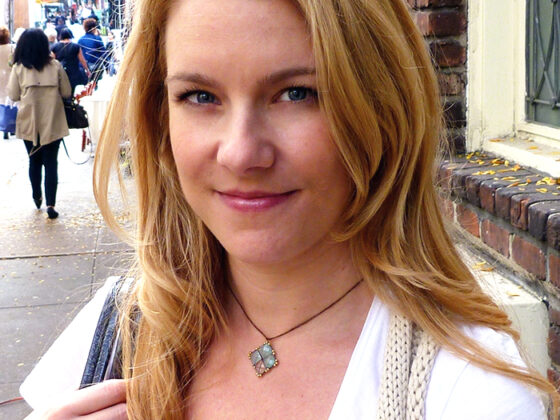