Curious about breaking into Hollywood as a screenwriter? Or how to best co-author a novel? How about crafting a sound story architecture to free yourself from writer’s block? We talk about it all and much more with Alfred Gough and Miles Millar!

Alfred and Miles are screenwriters and showrunners who’ve worked extensively in film and television. This iconic duo is known for creating the TV series Smallville and their latest show, Into the Badlands, on AMC Network and The Shannara Chronicles. They’ve also worked on films like Spider-Man 2, I Am Number Four, Lethal Weapon 4, and many more. More recently, Alfred and Miles have paired up to co-write their first novel, Double Exposure, which was released last month.

In our conversation, we talk about how Alfred and Miles came together as a writing pair and sold their first screenplay. They share what they’ve learned about navigating the film and screenwriting world and how they landed their agent. We dive deep into the importance of learning how to take criticism and surrounding yourself with a network of honest people you trust. We get a sneak peek into their co-authoring writing process and learn character building tips that will help you elevate your genre.

Planet Of The Apes directed by Franklin Schaffner

Back To The Future directed by Robert Zemeckis

The Terminator directed by James Cameron

Batman directed by Tim Burton and co-written by Sam Hamm

Screenplay: The Foundations of Screenwriting by Syd Field

Story: Substance, Structure, Style and the Principles of Screenwriting by Robert McKee

A Million Little Pieces and Katerina by James Frey

The Third Man by Graham Greene

On Writing by Stephen King

We Love Our 88 Cups of Tea Sponsors

Four Sigmatic is a superfood company whose mission is to take over the world with their delicious coffees, teas, and cacaos that are all made with functional mushrooms and adaptogens. Head over to FourSigmatic.com/88CupsofTea or enter ’88CUPSOFTEA’ at checkout to get 15% off your order!

“Once you have that superstructure, it allows you to be more creative.”

“We start with character, and then we start creating a story around that character.”

“What you know is your story architecture is sound so that it works and then it gives you the freedom to play within that structure and you’re not trying to solve, what I like to call, math problems while you’re writing.”

“Anything can be fixed; you just need to know what the problem is.”

David Toland, a decorated Korean War veteran, has done all he can to leave a life of combat behind. Now Director of Preservation for the Library of Congress’s National Film Archive, Toland has made it his mission to preserve what he loves most: the Golden Age of American cinema, moving pictures full of romance, adventure and American Dream writ large. That is, until CIA Agent Lana Welles drops in unannounced with a film canister, smuggled over the Berlin Wall at great cost, that may prove WWII never really ended – it just went underground.

David reluctantly agrees to serve his country one last time and help recover the film for Lana and the CIA. But it seems not everyone is as eager as David to leave the past behind. David and Lana’s discovery awakens shadowy forces who will do anything to keep David and Lana’s findings a secret. In search of the truth, David and Lana find themselves pursued across the globe in a cat and mouse game with enormous, world-altering consequences.

Alfred Gough and Miles Millar are screenwriters and showrunners. They have worked extensively in film and television but are best known for creating the iconic series, Smallville. The duo’s latest hit, Into the Badlands, is in its third season on the AMC Network. DOUBLE EXPOSURE (March 26, 2019; Hachette/Grand Central) is their first novel. You can visit them online at http://millargoughink.com/ 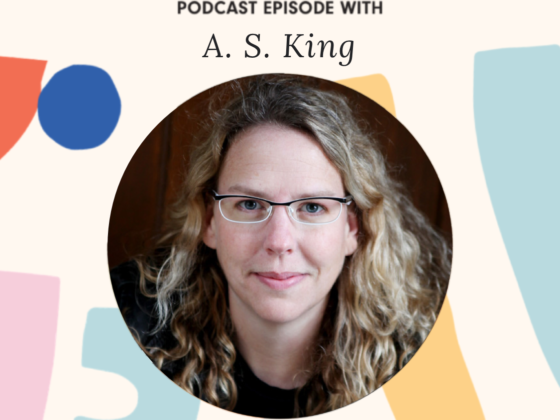 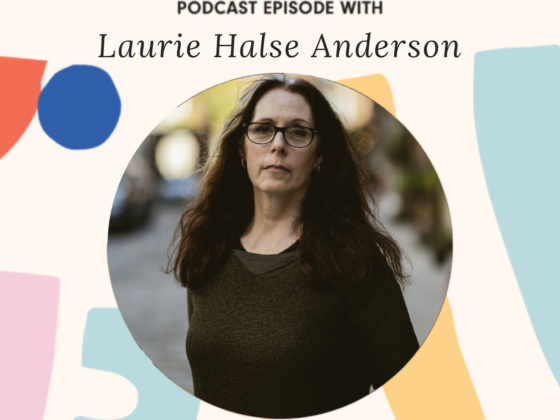 Laurie Halse Anderson on Healing Through The Pages