“It doesn’t matter how fast you write, it matters how well your write.” -Cristina Henríquez

Cristina Henríquez is the author of The Book of Unknown Americans, which was a New York Times Notable Book of 2014 and one of Amazon’s Top 10 Books of the Year.

In today’s episode, Cristina and I dive deep into the inspiration behind her novel, and her writing process. I’m so thrilled about this as I’m a huge fan of her newest novel and how she skillfully shows us what it means to be connected through hope and to belong somewhere. We discuss how to build strong characters by first uncovering the language of the story, and how to use multiple first-person narratives as a way to create diversity in your story. We also go into detail about how Cristina reads books and how that can strengthen your writing. For writers looking into an MFA for writing and shopping around for workshop classes, be sure to pay special attention to Cristina’s own experiences with school.

Get ready to fall in love with this episode.

PS. Do you know anyone who’s seriously been considering TV writing but has no idea what the steps are? Please share this episode, it may really be of help!

Please leave a review about the podcast by clicking here. Your honest feedback helps to shape the show. Thank you for your time and for helping with the ranking of the show when leaving a review and rating!

“You do what you can to make it happen.” -Cristina Henríquez

“The single most important thing I think you can do to prepare yourself to be a writer is to read.” -Cristina Henríquez

When fifteen-year-old Maribel Rivera sustains a terrible injury, the Riveras leave behind a comfortable life in Mexico and risk everything to come to the United States so that Maribel can have the care she needs. Once they arrive, it’s not long before Maribel attracts the attention of Mayor Toro, the son of one of their new neighbors, who sees a kindred spirit in this beautiful, damaged outsider. Their love story sets in motion events that will have profound repercussions for everyone involved. Here Henríquez seamlessly interweaves the story of these star-crossed lovers, and of the Rivera and Toro families, with the testimonials of men and women who have come to the United States from all over Latin America.The Book of Unknown Americans is a stunning novel of hopes and dreams, guilt and love—a book that offers a resonant new definition of what it means to be American.

“Life can take on its own kind of momentum.” -Cristina Henríquez

Cristina Henríquez is the author of The Book of Unknown Americans, which was a New York Times Notable Book of 2014 and one of Amazon’s Top 10 Books of the Year. It was the Daily Beast Novel of the Year, a Washington Post Notable Book, an NPR Great Read, and was chosen one of the best books of the year by BookPage, Oprah.com, and School Library Journal. It was also longlisted for the Andrew Carnegie Medal for Excellence in Fiction. Henriquez is also the author The World In Half, and Come Together, Fall Apart: A Novella and Stories, which was a New York Times Editors’ Choice selection. Her stories have been published in The New Yorker, The Atlantic, Glimmer Train, The American Scholar, Ploughshares, TriQuarterly, and AGNI along with the anthology This is Not Chick Lit: Original Stories by America’s Best Women Writers. Cristina earned her undergraduate degree from Northwestern University and is a graduate of the Iowa Writers’ Workshop. She lives in Chicago.

Another Brooklyn by Jacqueline Woodson

The House on Mango Street by Sandra Cisneros 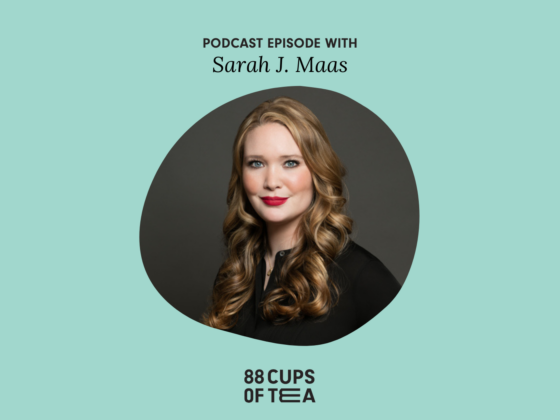